Black and white photo of the Kalakala on the Hylebos Waterway 2 weeks before scrapping, January 2015 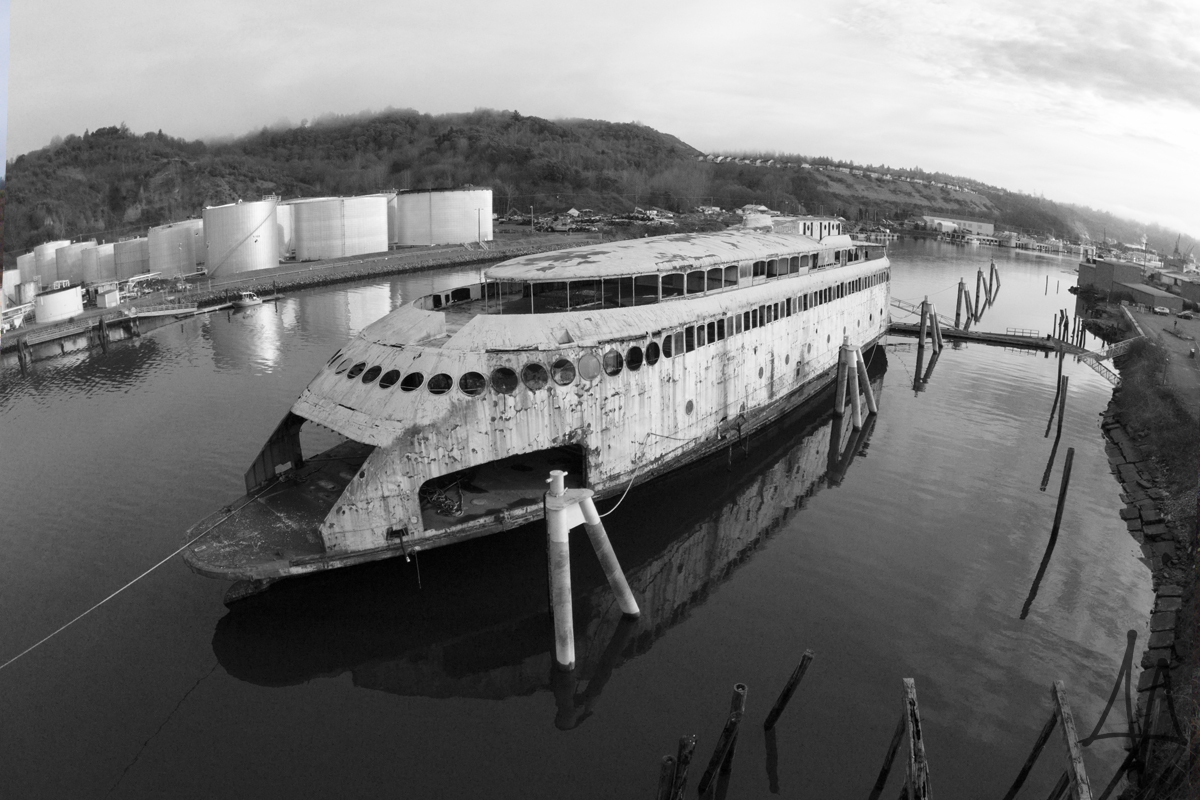 Above photo shows the Kalakala ferry at its final mooring in the Hylebos Waterway of Tacoma, Washington just prior to being destroyed in January of 2015. The Kalakala has a rich history, much of it being written in the Tacoma/Seattle region. Built in 1937, she served as a passenger ferry from Seattle to Bremerton for 32 years before being converted to a fish processing facility in Alaska in 1967. The Kalakala lived in Seattle from 1998 to 2004 before coming to rest in Tacoma in recent years.

Rusty Kalakala in her final days near the Port of Tacoma, January 2015 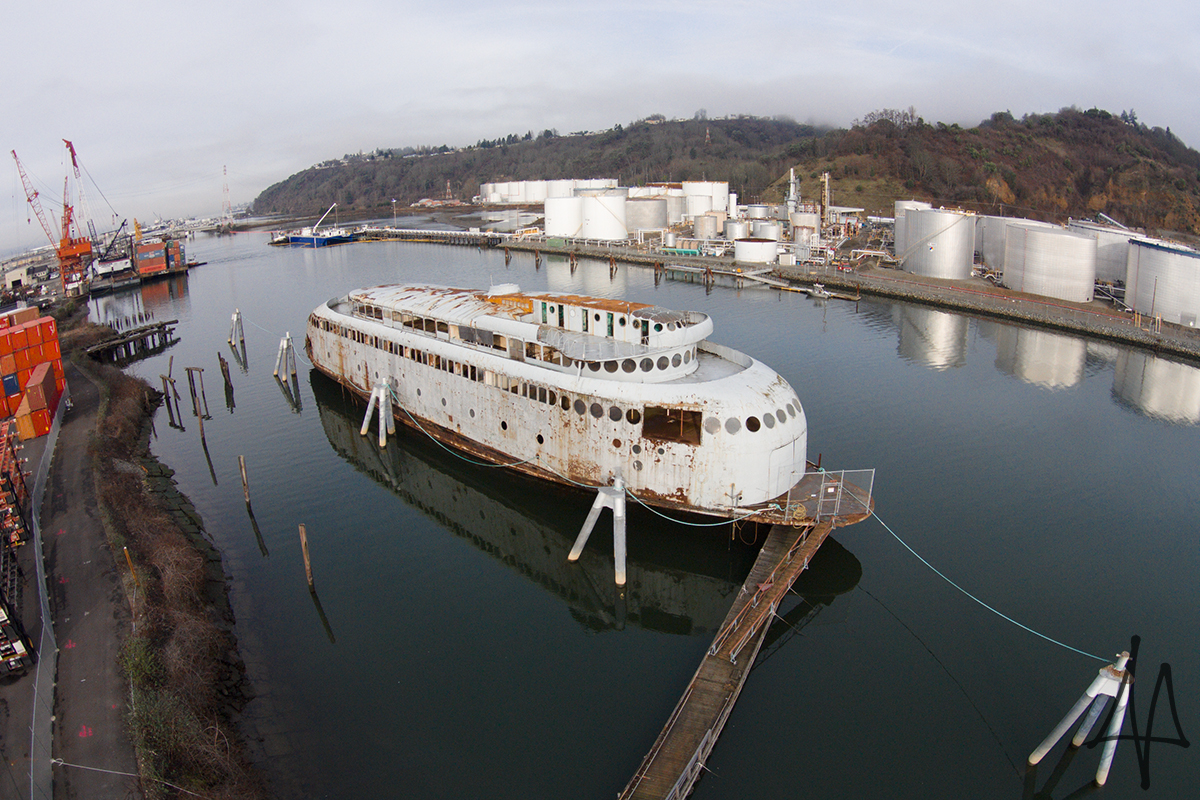 Numerous efforts to save the historic vessel have prolonged her life but the end is near. Increasing and unrealistic maintenance and mooring costs coupled with potential environmental risks in the event of a hull failure mean one thing: the Kalakala is scheduled to be towed away from her current mooring at high tide on January 22nd, 2015 to be destroyed at a nearby facility in Tacoma. 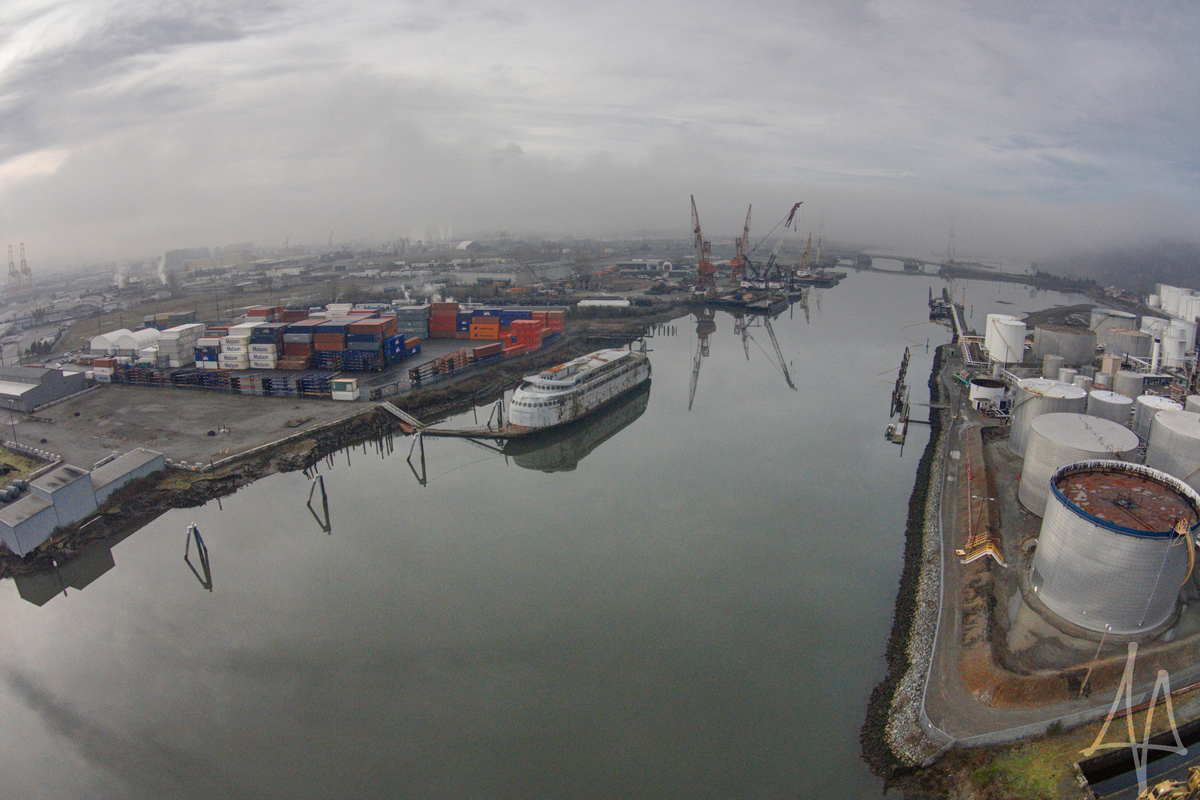 Kalakala articles from around the web